"Fingerprint matching is a vital investigative tool. But despite its legendary aura of infallibility, courtroom claims of fingerprints’ uniqueness are slowly receding."

"Despite numerous studies depicting similar levels of participation by Whites, African-Americans, and Hispanics in non-violent crimes – notably drugs, weapon possession, and speeding - Bureau of Justice statistics show minorities are arrested and incarcerated at higher rates for these crimes. Because these minority communities are seen as high crime areas, police focus on these neighborhoods. Not surprisingly, minorities are besieged with recurrent police contact leading to extensive criminal records for even minor non-violent crimes. I’m frequently invited to speak at New York City schools in some of these same neighborhoods, and I hear stories from youth who have regular contact with the criminal justice system, whether they have parents or siblings who are incarcerated or they are themselves stopped by police officers."

"The documentary play “The Exonerated,” by Jessica Blank and Erik Jensen, tells the true stories of six wrongly convicted death-row inmates, culled from interviews, court transcripts, and other primary sources. One of them is Sonia “Sunny” Jacobs, who was arrested in 1976, after she and her partner Jesse Tafero were caught in a roadside gunfight in Florida that left two officers dead. Jacobs, Tafero, and the driver, Walter Norman Rhodes, Jr., were convicted of murder. After seventeen years of incarceration, Jacobs was freed."

"Nearly 300 American men and women wrongly convicted of crimes have been exonerated by DNA testing. And in the bulk of those cases — almost 75% — the convictions were based in part on faulty eyewitness identifications.
Witnesses are often asked to identify suspects from photo lineups, which are typically conducted by the officers investigating a crime. But numerous scientific studies on memory and identification have demonstrated that witnesses can be influenced, intentionally or not, by the person conducting a lineup. An officer who believes one of the people in a photo lineup is the likely perpetrator can influence — sometimes without even meaning to — the proceeding." 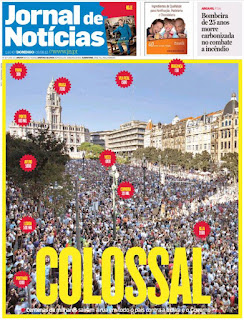 "Germany, like other rich, polluting, and aging countries, faces enormous long-term challenges. Its work force is shrinking, its energy sector needs to be remade, and its public infrastructure has gone too long without improvement. For all the talk of its financial strength, Germany has so far squandered the opportunity to secure long-term economic growth by addressing these challenges through badly needed domestic investments.
The financial conditions for such spending have never been more favorable: interest rates for public borrowing are approaching zero. And yet due to a 2009 constitutional amendment requiring both the federal and the state governments to maintain balanced budgets, the German public sector has denied itself the opportunity to borrow and invest. To make matters worse, rather than try to extricate itself from this self-inflicted trap, Berlin is insisting that the eurozone as a whole adopt this model, in the form of the European fiscal compact, a treaty that will mandate balanced budgets across the continent. That Germany is seeking to fashion the rest of Europe in its own image makes it all the more urgent to understand the fault lines that underlie its economic model."

"Communist Party officials deemed to have misbehaved badly are dealt with not by the Chinese judicial system (itself hardly a model of due process) but by a parallel system that doles out the party’s own brand of justice. Such officials are whisked away by its discipline-enforcers and held incommunicado at centres such as the one in Huaibei. There they can be interrogated for months while the party decides whether to hand them over to the police, punish them itself or in rare cases set them free. This form of detention is described by many Chinese lawyers as unconstitutional, but the party sees it as vital to preserving its power."